I finally got back to painting this week, but knew I wouldn't have a lot of spare time to do it as we're still unpacking boxes from our recent move; so I chose the Sarcophagus figure from the Dungeon Dressing set to work on as I embark on my second hundred figures from the Kickstarter.  The completion of the figure also marks the wrapping up of the Dungeon Dressing set, and so it goes on the list of completed sets over in the right-hand column of this blog.
I  prepped this figure in the usual way; soaking it in a dish of water with a couple drops of dish soap added, then giving it a light scrub with a soft toothbrush, and then rinsing and drying.  I then glued the figure to a 1"x 2" black-primed steel base with Aleene's Tacky glue. I also glued the lid on the sarcophagus down, since I store my figures in boxes lined with magnetic sheeting, and I didn't want the lid bouncing around loose in the box knocking other figures over during transport. 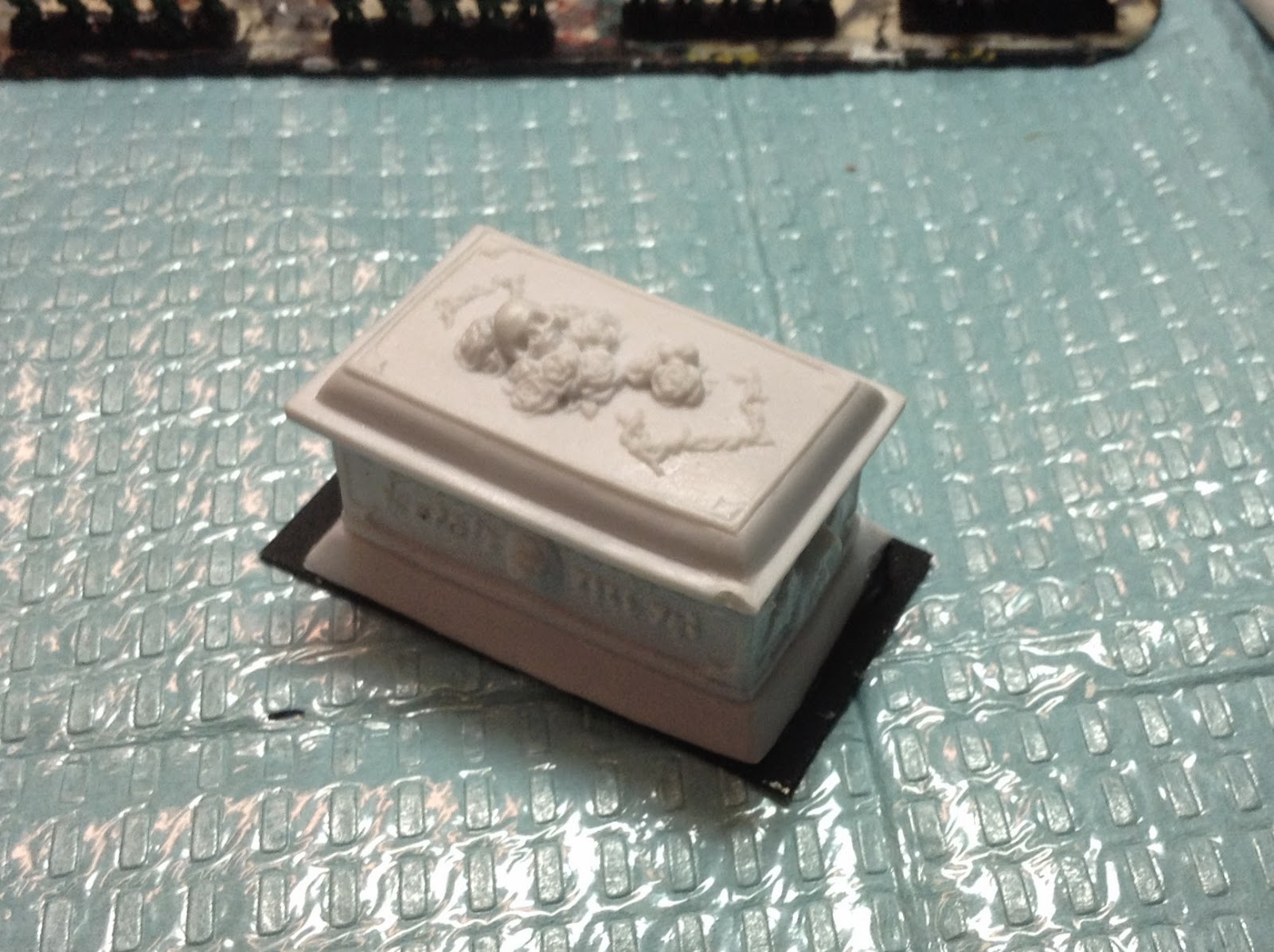 I decided I would try to do something a little different than just boring gray stone; so I hit upon the idea of doing the piece as pink marble, inspired by the multiple rose carvings on the Sarcophagus.  And, since I had had some success doing white, and green marble on the Stone Golem, and black marble on the Altar of Evil, I thought trying pink would be a nice challenge.   So, I looked up some Google images of pink marble, and with that inspiration in my head started to paint.
I began by giving the whole piece a coat of Apple Barrel "Apple Light Pink". I then went back over the Sarcophagus and added a speckled pattern with Americana "Shading Flesh". 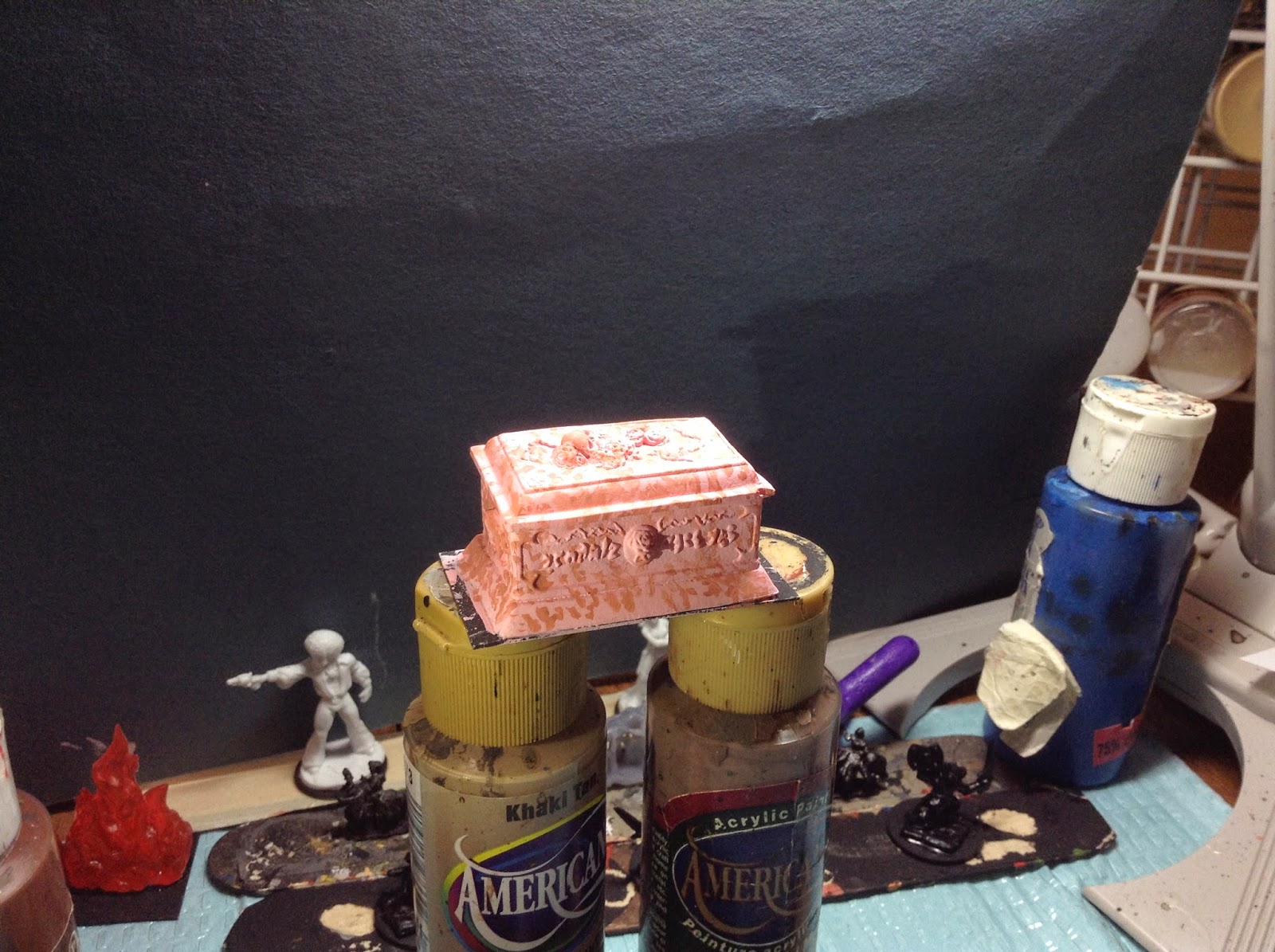 Next, I added thin striations across the whole thing with first black, and then white paint. 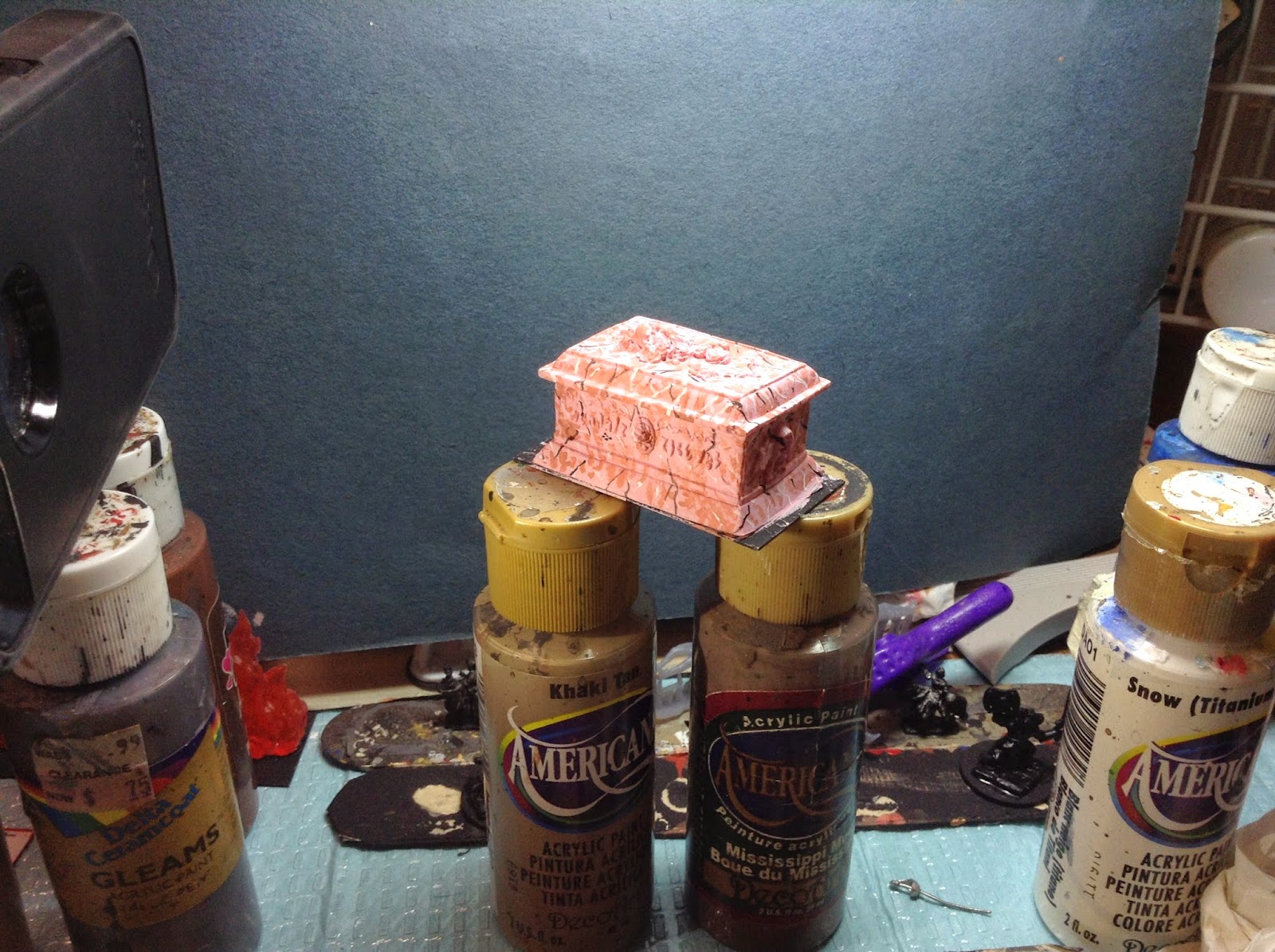 Lastly, I gave the piece a wash with GW "Devlan Mud Wash", and then went back and added some highlights with the original "Apple Light Pink". My final step was to paint the base with Folk Art "Medium Gray".  I let the Sarcophagus dry overnight and the next day gave it a coat of Ceramcoat "Matte Varnish."  The following day I sprayed it with Testor's "Dullcote." 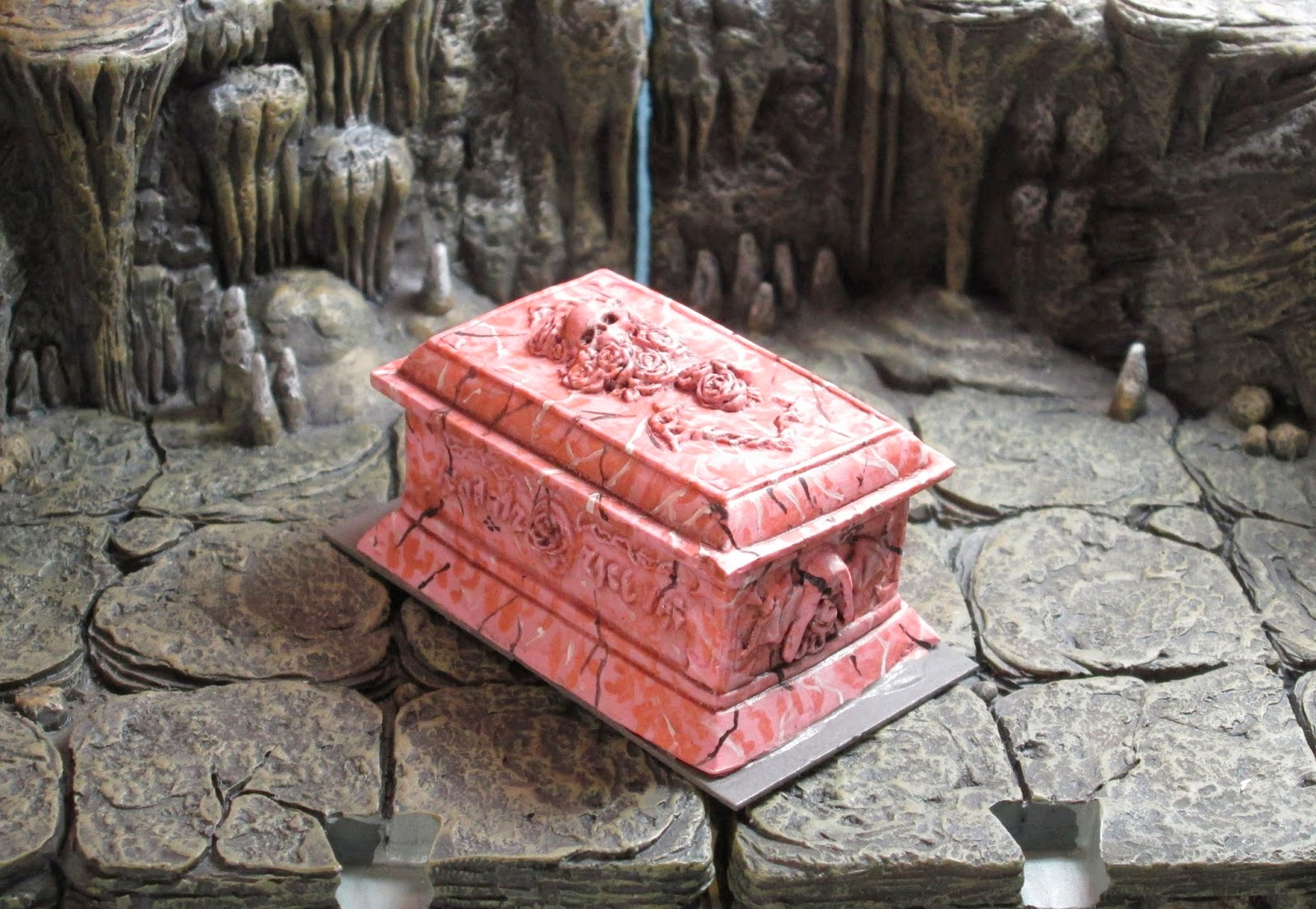 In general I'm pleased with the piece, though I think the striations came out a little heavy handed, or perhaps too numerous.  I will say the effect looks better at a distance than the close-up photo does.